Home › The Senior-Friendly ED › Policies, Procedures and Protocols › Screening and Assessment › Screening Tools for High-Risk Older Adults: Which To Choose? 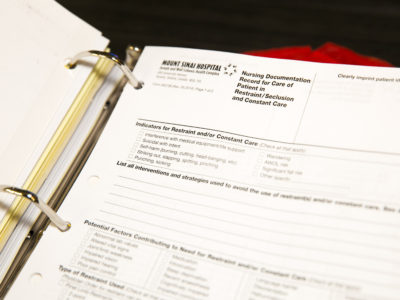 Part of the role of the emergency department is risk stratification. Like for acute coronary syndrome, TIA, pulmonary embolism, frail older adults can be screened in the ED. Not only they can be screened, but the screening can start at triage.

Why should we screen frail older adults?

It is important to screen this population because it has been shown that vulnerable elderly are at higher risk of adverse event like death, functional decline, admission and long-term care facility disposition.

What are the tools?

There are many tools; here is a summary of the 4 more popular tools, and their utility in the ED.

The Identification of Senior At Risk tool, or ISAR, is probably the most well studied and used in senior-friendly EDs. It was designed for patients 65 years and older, presenting in the emergency department. Keep in mind that it is less well studied for patients coming from long-term care (LTC) or nursing homes.

It has the ability to predict admission, LTC disposition, even death. Its sensitivity with a score of 2 or more out of six is variable (from 72% to 94%) (1). There are some discrepancy results in the literature and a recent systematic review does not recommend it (2). However, it is simple, only six questions, easy to ask, easy to answer, and administered in less than 2 minutes.

Utility in the ED: a score of 2 or more could trigger a consultation with a GEM nurse.

The PRISMA-7 screening test was developed in Quebec by sending questionnaires to elderly members of the community. Seven of these questions were found to be predictive of functional decline with a sensitivity of 78% and a specificity of 75% at a threshold of 3 positive answers of more (3).

It is also simple, could easily be done at triage, but the thing is, it has never been validated for patient in the emergency department. Another potential bias is the first question; Are you aged of 85 years or older. Is age really a factor of vulnerability? Probably at some point, but it is not necessarily the case.

Utility in the ED: a score of 3 or more could trigger a consultation with a GEM nurse.

The Triage Risk Screening tool from St. Joseph’s Healthcare, Hamilton, is also a series of six questions, comparable to the ISAR, with equivalent performance (4).

The ED Screener is also Canadian, developed by the group InterRAI. It is easy to perform; there is a free app for iPhone and iPad available through the iTunes App Store. It is designed for patients 75 years and older. At this time, I do not have any information about its performance. I expect those data are coming soon.

Whatever screener tool you will choose, it does not have to be perfect, it is a tool, not a rule! The best way to use it is by being aware of its strengths and weaknesses. Which one will you choose?

Audrey-Anne Brousseau
I graduated as an Emergency Physician from Université Laval in 2016 and I completed a Fellowship in Geriatric Emergency Medicine at Mount Sinai Hospital in Toronto in 2017. My specific interests are in teaching, research and management of the ED with one objective: Providing the best care for older adults in the Emergency Department.

Have a senior-friendly initiative to share with our community?

The Basics / The Senior-Friendly ED

Screening and Assessment / The Senior-Friendly ED

Screening Tools for High-Risk Older Adults: Which To Choose?

The Geri-ED Guidelines / The Senior-Friendly ED